Case affirmed on appeal after a month long trial. A Partition action and long accounting was tried and then appealed. Case affirmed. The Appellate Division, First Department has affirmed a Supreme Court lower court decision, Partition action and long accounting finding no bias on the part of the referee who heard and determined the matter, including an award for expenses to be paid from the edits at sale to maintain the residence (see, King v King, 2006 NY Slip Op 03165 (28 AD3d 398) First Dept. 2006). Our clients were three of the four siblings who inherited real property from their parents. One owner collected rents and the other three paid to maintain the property Yet the one who collected the money did so to the exclusion of our clients, the other co-owners. A Partition action and long accounting was tried. Case affirmed.
PHRASES TO INCORPORATE:
“commitment to provide clients with competent, caring and experienced service”
“compassionate and experienced, oriented on results”
“sound advice, answers to full range of family law issues including divorce, property division, child custody matters (even pet custody matters)”
“the right solution for the individual client” 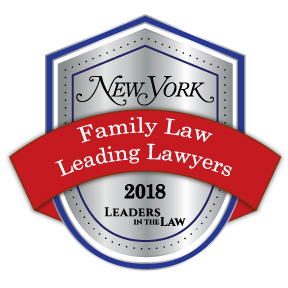 ATTORNEY ADVERTISING. This website is not legal advice, is not intended to be legal advice, and should not be considered legal advice. Prior results do not guarantee a similar outcome. Law offices of Adrienne J. Orbach, PLLC retains clients by contract only. We welcome inquiries for professional services however we do not guarantee an attorney-client relationship. Please do not send any confidential information to Law Offices of Adrienne J. Orbach, PLLC until there is an established attorney-client relationship.